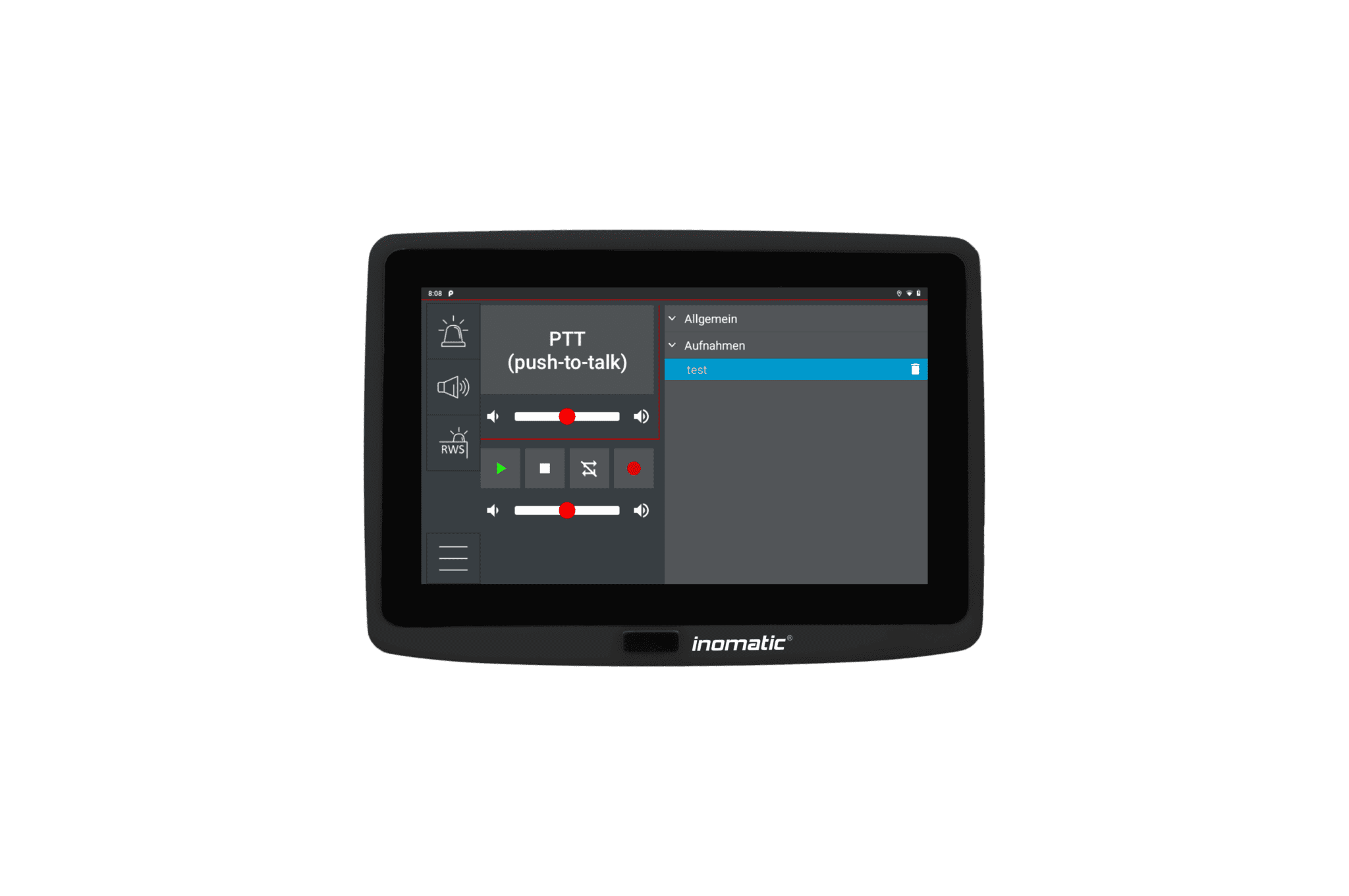 The Mangora Digital Audio Interface (DAI) is a modern equivalent of the previous Digirec 1000 and offers many useful advantages in out-of-vehicle communications to inform residents in the danger zone. The transmission to the outside takes place via the sound sequence amplifier to the pressure chamber loudspeakers. In addition, this function can be used inside the vehicle via the existing device loudspeaker to inform the vehicle drivers of the current vehicle status prior to deployment (example “vehicle is ready for deployment”).

The following are the functions of the Mangora Digital Audio Interface (DAI):

– Recording and storing announcements via the microphone.
– Adding of existing audio files via the device memory
– Playback of recordings/audio files individually or in continuous loop to the outside via the audio sequence amplifier to the pressure chamber loudspeakers
– Playback of recordings/audio files inside the vehicle via stereo output or device loudspeakers (e.g. “Vehicle is ready for use, 230V docked”)
– Push to talk function, direct announcements to the outside or inside (rear crew compartment).

The DAI is in the final testing phase and will be released in 2023 with a new release. The feature can be optionally added via Mangora Designer.